Will We All Be Passing around the ZuckerCoin on Facebook Soon? Facebook CEO Mark Zuckerberg is set to testify before the House Financial Services Committee 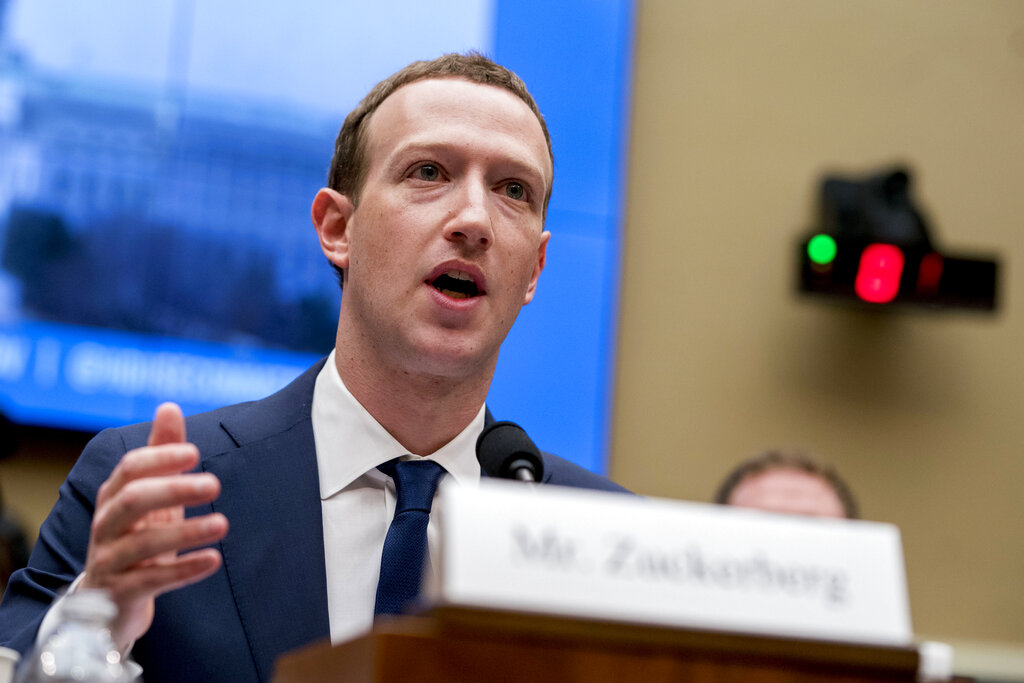 “Facebook has data on billions of people and has repeatedly shown a disregard for the protection and careful use of this data,” said Waters. “Given the company’s troubled past, I am requesting that Facebook agree to a moratorium on any movement forward on developing a cryptocurrency until Congress and regulators have the opportunity to examine these issues and take action.”

Related: FBI Director Wray, AG Barr Warn Against New Encryption On Facebook Messenger
Global regulators are also wary of how the digital currency will impact the financial system, based on the wild market cycles of similar currencies like Bitcoin.

FILE – In this April 11, 2018, file photo, Facebook CEO Mark Zuckerberg testifies before a House Energy and Commerce hearing on Capitol Hill in Washington. (AP Photo/Andrew Harnik, File)
The push towards cryptocurrency has been hindered by an ongoing federal investigation, which is looking into the Facebook’s privacy and advertising practices. Democrat Representative Maxine Waters has voiced opposition to the company and its ever-growing reach. Earlier this year, she called for Facebook to cease development of Libra.

“The type of change that will reconfigure the financial system to be tilted towards people, not the institutions serving them, will be hard,” the Libra Association said. “Commitment to that mission is more important to us than anything else — We’re better off knowing about this lack of commitment now, rather than later.”
The #Libra Association is today announcing plans for a simple global currency and financial infrastructure. Find out more https://t.co/VPS7LllcNn #blockchain #cryptocurrency pic.twitter.com/mdHymhsrcH
Libra was first announced back in June as a “simple global currency” that would “empower people around the world.”
Facebook CEO Mark Zuckerberg is set to testify before the House Financial Services Committee over the platform’s plans to implement its own digital currency. Sources close to the matter this week said Zuckerberg will be the only witness at the hearing later this month. The hearing will mark his first appearance before a congressional committee since 2018.
The Libra Association was initially composed of a handful of large firms, but PayPal Holdings has since severed ties with the project. The digital payments company announced their official separation on Monday, which the association quickly responded to.
— Libra (@Libra_) June 18, 2019
The new currency was created to boost e-commerce and advertisements within the app. Facebook plans to release the cryptocurrency in 2020, but a number of factors may halt the company’s progress.