2020 Dems take shots at Trump And They Are All Blank! Ready For A Reload? 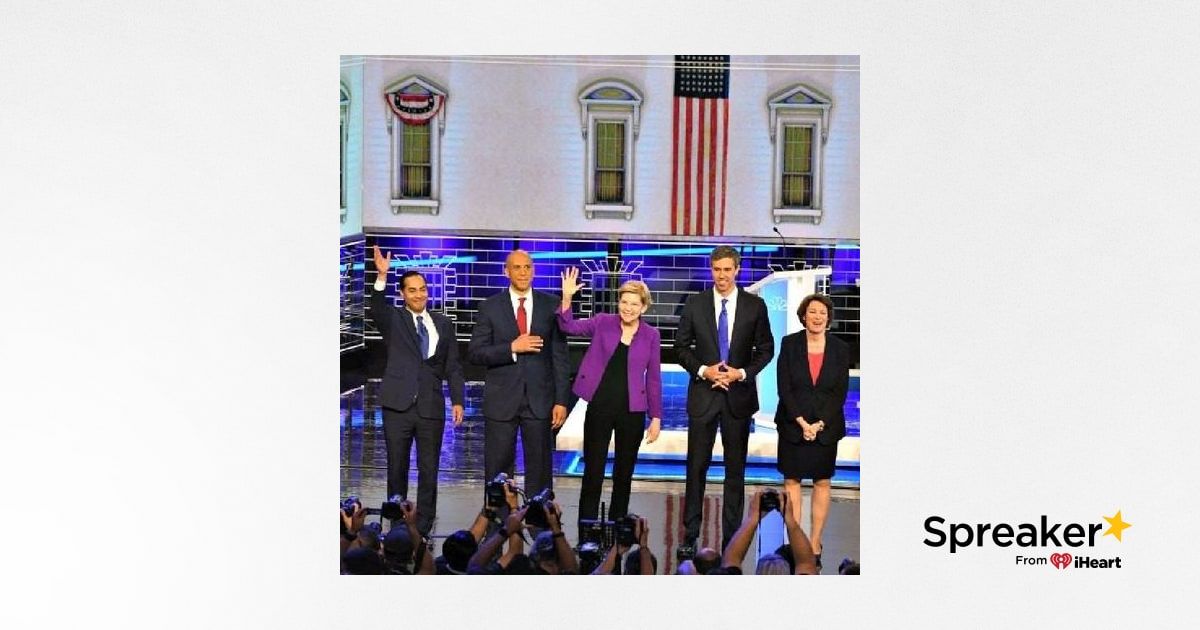 2020 Dems take shots at Trump And They Are All Blank! Ready For A Reload?

2020 Dems take shots at Trump, clash over policy proposals during Round 1

The first primary debate of the 2020 presidential election season saw cracks of daylight emerge in a Democratic field that has largely played to the progressive base,with the candidates clashing sharply over controversial policies like “Medicare-for-all” and calls to decriminalize illegal border crossings — while taking ample shots at … See More President Trump in the process. Staking out the left flank of the party Wednesday night in Miami were Sen. Elizabeth Warren, D-Mass. — the highest-polling candidate in the first debate batch — and long-shot Bill de Blasio, the New York City mayor. They were the only candidates to raise their hands when asked who’s willing to give up their private health insurance for a government option. Warren went on to staunchly defend 2020 rival Sen. Bernie Sanders’ “Medicare-for-all” plan.

Beto O’Rourke, the one-time media darling in the crowded Democratic field who has watched his poll numbers wilt in recent months, looked to regain much of his lost momentum on Wednesday night. While he was among a handful of candidates who gave some responses in Spanish, he repeatedly found himself on the receiving end of swipes from rivals, especially former Housing Secretary Julian Castro.

Among the candidates looking for breakout moments, Castro may have come the closest with his controversial call for the decriminalization of illegal border crossings, challenging his fellow presidential hopefuls to agree to repeal the section of the Immigration and Nationality Act that applies. He called out O’Rourke by name for not supporting his proposal, saying, “I think you should do your homework on this issue. If you did your homework on this issue you would know that we should repeal this section.” Discussing the heartbreaking photo that emerged this week of a migrant father and toddler daughter who drowned trying to cross the Rio Grande, Castro said it “should piss us all off.”

President Trump, who was on his way to Osaka, Japan, for the G-20 Summit, watched at least the first half-hour of Wednesday’s debate, tweeting a one-word verdict of the event: “BORING!” He later swiped at NBC News and MSNBC for technical difficulties that marred part of the telecast.

Despite their differences on major issues, the candidates – especially Warren — rallied to downplay economic successes and growth under the Trump administration. “It’s doing great for a thinner and thinner slice at the top,” Warren said of the economy.The Trump campaign and Republican National Committee rapid response team, though, sent email blasts and tweets “fact-checking” and defending the president’s economic record and the creation of “6 million jobs” since Election Day 2016.

Biden, Sanders to share the stage, more fireworks expected in Round 2

Ahead of G-20 Summit, Trump vows more tariffs on China if no deal is reached
Before leaving for the G-20 Summit, President Trump, in an exclusive interview with Fox Business’ Maria Bartiromo on Wednesday, vowed to impose additional tariffs on China if a trade deal is not reached. “When tariffs go on in China, we are taking in billions and billions of dollars,” Trump said. “We never took in 10 cents — now you have another $325 billion that I haven’t taxed yet. It’s ripe for taxing — for putting tariffs on.” Trump is expected to meet with Chinese President Xi Jinping on Saturday to discuss trade between the world’s two largest economies. The result could have broad implications for the markets and the global economy.

A Canadian woman who stayed at a Bahia Principe resort in the Dominican Republic in 2016alleges that she fell critically ill after being exposed to a strong chemical odor in her room, and that she has battled multiple health problems ever since. Tina Hammell told CNN that the smell in her room at the Grand Bahia Principe Punta Cana resort woke her and her husband from a nap. Hammell is one of several people who have come forward to tell reporters about having fallen ill — sometimes requiring hospitalization — while at a resort in the Dominican Republic. After she and her husband returnedhome to Ontario, doctors told her that she may have been poisoned by something in the Dominican Republic.

Salt Lake City police reportedly served a search warrant Wednesday at a home connected to the disappearance of a missing Utah college student, reports said. Mackenzie Lueck, 23, was last seen June 17 near a Salt Lake City park after she was dropped off by a Lyft driver. The University of Utah student was returning from her grandmother’s funeral in California. Assistant Chief Tim Doubt said there is a “nexus” between the home and Lueck’s disappearance, but he did not say if anyone has been arrested, the Salt Lake Tribune reported. The Lyft driver, who was cleared as a suspect, told police he dropped off Lueck around 3 a.m. at Hatch Park, where another car was waiting for her.

Wayfair walkout: How furniture retailer can avoid ‘slippery slope’of political pressure.
How’s the economy? Everyday Americans disagree with experts.
These are the richest people in each state. 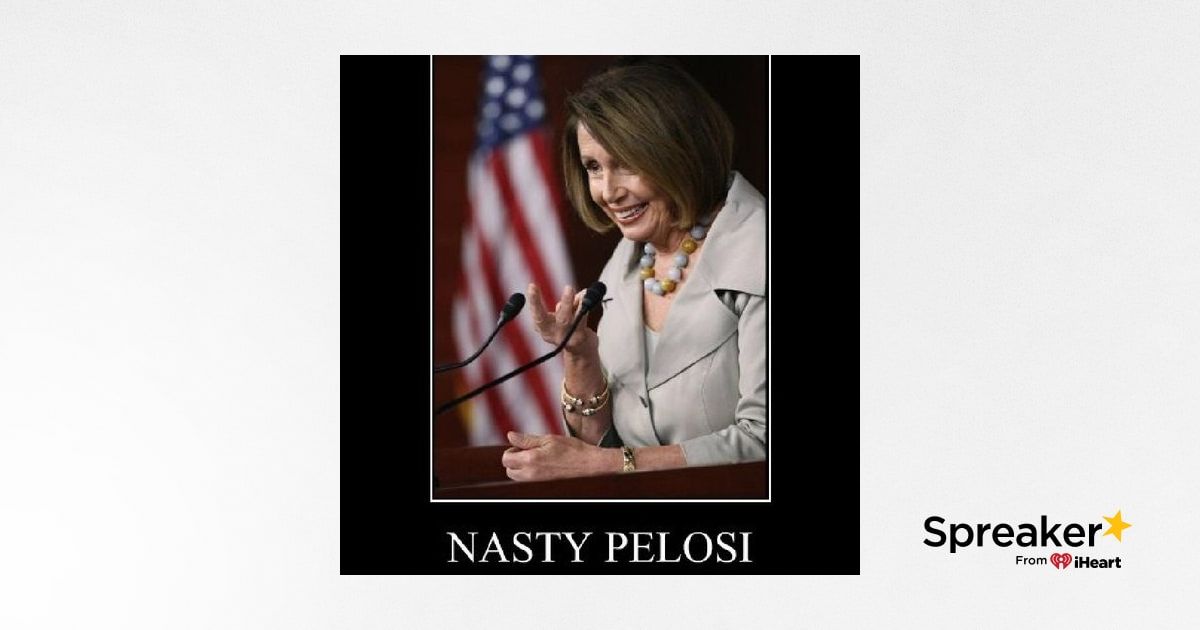 Trump launches attack on ‘nasty, vindictive, horrible’ Pelosi
President Trump has taken the gloves off in his ongoing feud with House Speaker Nancy Pelosi. Speaking exclusively to Fox News’ Laura Ingraham in Normandy, France, in an interview that aired Thursday, Trump slammed Pelosi in response to a report by Politicowhere the House speaker apparently told top Democrats she … See More would like to see him in “prison.”

“I think she’s a disgrace. I actually don’t think she’s a talented person, I’ve tried to be nice to her because I would have liked to have gotten some deals done,” Trump said. “She’s incapable of doing deals. She’s a nasty, vindictive, horrible person. The Mueller report came out, it was a disaster for them.”

Reports: Mexico proposes deal to avoid escalating tariffs
Faced with President Trump’s promise to impose escalating tariffs, Mexico is reportedly proposing deal where it would stem the number of migrants heading north by deploying as many as 6,000 National Guard troops to the country’s border region with Guatemala. In addition, according to reports, the potential deal would give the United States far more latitude in deporting Central Americans seeking asylum. Trump has pledged to hit Mexico with rising tariffs starting Monday if the nation does not take more measures to stem the rush of migrants arriving at the U.S.-Mexico border. Trump’s tariff threat looms amid a new report that ISIS had plotted to take advantage of vulnerable spots at the U.S.-Mexico border and infiltrate the United States and target financial institutions.

Times Square grenade-attack plot thwarted
A suspect described as “a lone wolf” was arrested Thursday in connection with a plan to throw explosives at people in New York City’s famed Times Square, according to reports. The unidentified suspect was taken into custody soon after investigators from the FBI’s Joint Terrorism Task Force learned that he was inquiring about buying grenades, the New York Daily News reported. No information was released about the suspect’s age, nationality or place of residence but he was scheduled to appear in court in Brooklyn on Friday, WCBS-TV in New York City reported.

Couple claims chemicals at Dominican Republic resort where Americans died made them ill
A Colorado couple has filed a lawsuit in the Dominican Republic against the hotel chain where at least four American tourists have died in the past year, alleging that they fell ill because of pesticides while staying at one of the chain’s properties last year. The Grand Bahia Principe La Romana, the hotel where the couple — Kaylynn Knull and Tom Schwander — say they stayed, is where a Maryland couple was found dead in their room on May 30. Knull and Schwander said they opted to file a $1 million lawsuit after the resort denied their request that they name the chemicals they use while gardening, or refund their money.

Knull and Schwander’s allegations are just the latest to blight the Dominican tourist hotspot. The family of Pennsylvania woman Yvette Monique Sport, 51, told Fox29 Philadelphia she died in her room at the same hotel chain. Another U.S. tourist, MirandaSchaup-Werner, from Allentown, Pa., died in her room on May 25 at the Bahia Principe Bouganville, almost adjacent to the La Romana property. Five days later, Maryland couple Edward Nathaniel Holmes and Cynthia Day were found dead in their room at the Bahia Principe Hotel in La Romana.

Biden, facing pressure from Dems, reverses stance on Hyde Amendment
2020 Democratic frontrunner and former Vice President Joe Biden reversed his stance on the Hyde Amendment on Thursday, saying he “can no longer support an amendment that makes” a woman’s right to an abortion “dependent on someone’s ZIP code.” During his tenure in the Senate, and as recently as Wednesday, Biden had broken from his party’s popular stance and expressed support for the amendment, which prohibits the use of federal funds to subsidize abortions except for cases of rape, incest or when a woman’s life is endangered by a fetus, a notion with which Democrats take issue because of the potential impact on women in marginalized communities. He faced backlash from other Democrats after his campaign held that he supported the amendment despite allegedly telling a woman during a rally that he would repeal it.

Don’t mess with Queen Bey
Nicole Curran, wife of Golden State Warriors majority owner Joe Lacob, was in tears and had to disable her Instagram accountafter Beyoncé fans started sending her death threats for having a conversation with Jay-Z, according to a report. Beyonce’s less-than-enthusiastic-looking reaction to her husband’s conversation with Curran during Game 3 of the NBA Finals between the Warriors and Toronto Raptors went viral Wednesday — with Twitter users writing posts like “Beyoncé don’t like that girl beside her at all” and “How dare her talk across Beyoncé.”

Grab them by the P***Y
https://www.facebook.com/groups/GrabThemByTheP/